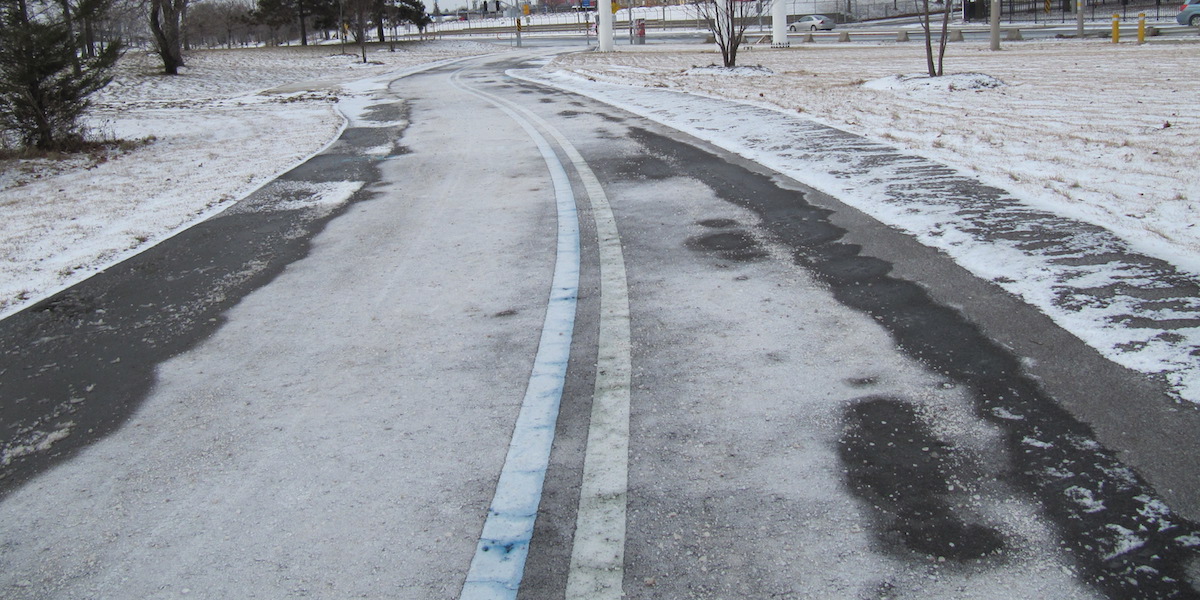 If you frequent the Toronto waterfront like we do, you’ll know the Martin Goodman Trail well. The trail is over 50 kilometres, spans the majority of our city’s waterfront, and provides a dedicated cycling and pedestrian trail for Torontonians to enjoy. You’d think a trail like this would only be useful in the summer months, but because of the awesome waterfront revitalization that’s just not true! The Martin Goodman Trail is in full force during the winter and we spoke to our friends at Waterfront Toronto to learn more about it.

Since this is the first winter that the new portion of the Martin Goodman Trail has been open, Waterfront Toronto is still waiting to see what usage will look like during the snowy months. However, during its peak months the trail became the most-used piece of cycling infrastructure in Toronto (in only its first summer), so it’s clearly a popular commuting and recreational route. This past summer they saw about 600 cyclists per hour using the trail, which is amazing!

The Martin Goodman Trail has always been maintained to “bare pavement” standard during the winter and the new stretch of the trail will be the same. That means it has first priority to be cleared and salted after a snowfall of 5 centimetres or more. Since it gets darker earlier during the winter, the new signature light poles installed as part of the Queen’s Quay revitalization will help light your way if you’re using the trail in the evening too.

What’s most important to remember when cycling during the winter is to use your best judgement when getting out on the road. Trail etiquette is more important than ever in icy winter conditions, so always ride with caution and courtesy. The City of Toronto actually has some great winter riding tips you can check out too.

We’ve said it before and we’ll say it again: we’re so lucky to live on the waterfront!

It’s been a long process to revitalize it, but with the help of Waterfront Toronto and everyone in our neighbourhood we’re really starting to get there. There are so many great places and spaces to hang out – from digging your toes in the sand at Sugar Beach, to catching a show at the Sound Academy, or skating at the Harbourfront Centre – and it’s so important to make the most of your own neighbourhood.

This map is a pretty good overview of all the places we like to explore on the waterfront, and you should too! Why not go for a bike ride along the Martin Goodman Trail and check them all out? END_OF_DOCUMENT_TOKEN_TO_BE_REPLACED 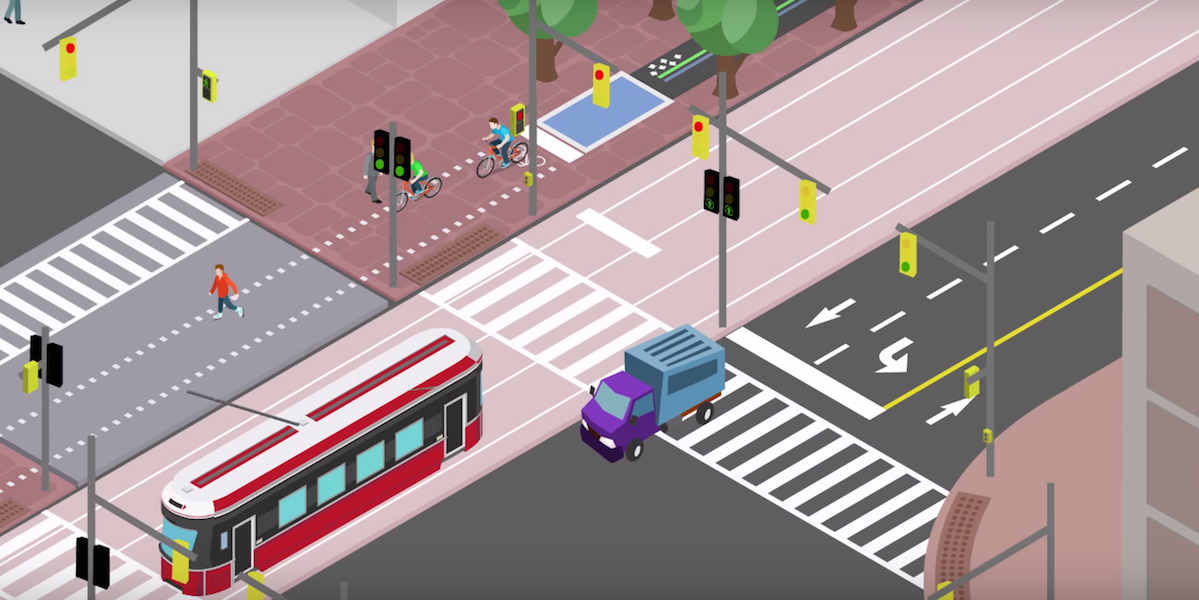 Unless you’ve been living under one of the Claude Cormier-designed rocks at Sugar Beach, you probably know that the new Queen’s Quay is now up and running! The revitalized area officially opened in June and has been met with outstanding positivity ever since. Our waterfront really needed something like this, and it’s now a world-class street. END_OF_DOCUMENT_TOKEN_TO_BE_REPLACED